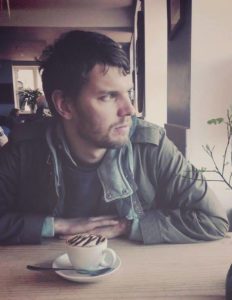 Paweł Kopeć is a cultural anthropologist, graduated in Jagiellonian University, and an activist. Since his arrival to Scotland in 2014 he has been involved in several projects organised by different migrant related NGOs such as Polish Cultural Festival Association, Edinburgh and Lothian Regional Equality Council, Scottish-Polish Cultural Association and Vote You Are At Home Campaign. At the moment he is a committee member in Scottish-Polish Cultural Association and conducts a research on Polish men mental health issues in project organised by Feniks – Counselling, Personal Developement and Support Services and See Mee Scotland.