According to the latest statistics from the Home Office, until 31 December 2020, there have been 245 410 applications to the EU Settlement Scheme submitted in Scotland and 228 070 of them have been concluded.

17 060 applications (nearly 7% of all submitted applications) were still outstanding as of 31 December 2020. 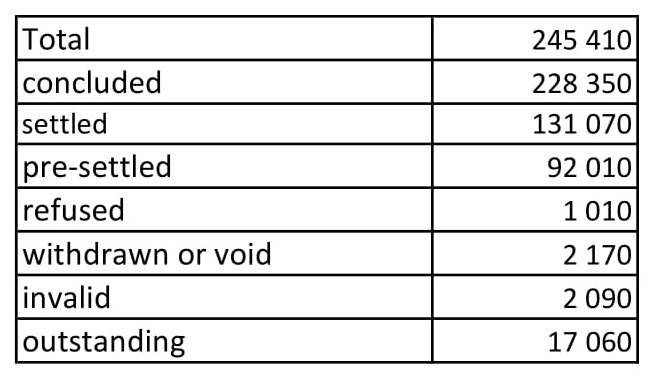 In the second sheet of our analysis, we have compared the figures from December 2020 with those from September 2020 and calculated the change in each category of applications. The last 3 months of 2020 were indeed very interesting and busy in the terms of applications submitted. We have decided to point out just a couple of trends in the period mentioned, but we encourage you to have a closer look at the tables and find more details about the EUSS applications in your local authority.